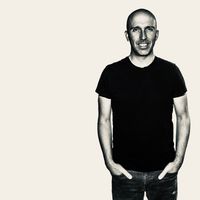 Where is my music?

Architect by day (and night) and singer-songwriter by night (and day), Darin Jellison strives for an engaged process with both.

He is from Hampden, Maine and likes cold winters and mild summers.  Both are perfect for lying down outside and staring up at the sky.  It was there that Darin began his love for music and took up keyboard instruments with a passion.

He went on to Cornell University to study architecture in the best program in the country.  All the while, however, he cut his teeth on performance, singing in the all-male a cappella group Last Call, and helping form a rock band called Sweet William.  Hard work in the design studio was countered by musical performances all around central New York.  Life was crazy, but balanced: architecture and music.  Perfect.

A hiatus from music ensued after college, and he began a serious focus on becoming a practicing architect in Boston, and the five years there laid the foundation for an exceptional career in architecture.

Now, in Pennsylvania for many years, the love of performance has exploded.  Darin has played some well-known music venues around the Lehigh Valley and Philadelphia, including SteelStacks, West Philly Porchfest, Ardmore Music Hall, and innumerable smaller brew pubs and listening rooms.  He is a partner at Blackney Hayes Architects. He remains dedicated to sharing his musical talents at church.  His life is again crazy, but balanced.  Perfect.